A few words and a lot of pictures

I've been busy entering contests.  There are quite a few contests ending on October 31 so I've been trying to make sure I had them all covered.  The prizes from the Maker's Mark contest came in and my son was overjoyed with the loot.  There was an outdoor projector and large screen, two very nice blankets, two excellent lawn chairs and an outdoor light.  Here are three of the four boxes. 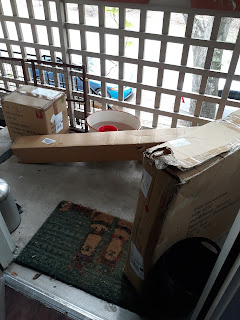 Then I picked up my knitting again.  I started on a scarf for the oldest Grand Girl.  I thought my daughter had the second skein but she says no.  I hope I can find it or the scarf may not be long enough with just one skein so we'll see.  I'm using the child-size needles I bought for the oldest Grand Girl.  She was dying to learn how to knit but gave it up. Too slow I think. 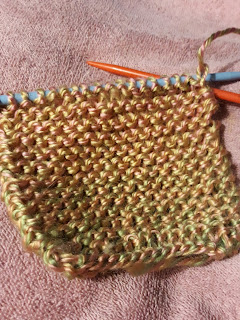 My daughter added me to her Costco account so I had to go and get a membership card.  While I was there I stopped to see what was in the girls' section.  They already had a few fancy dresses out.  I loved this one but I know better than to buy a dress without the girls approval.  I sent the oldest this picture and she liked it so maybe they will still be in stock next time she visits. 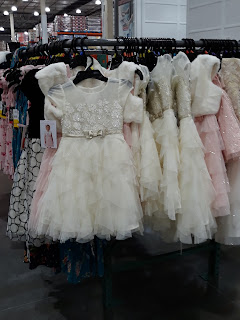 And finally, the first of several Holidays I will probably miss.  This was the Halloween get together last year.  Since the kids were old enough, my son covered the table with pumpkins and turned them loose.  It was so messy but fun. 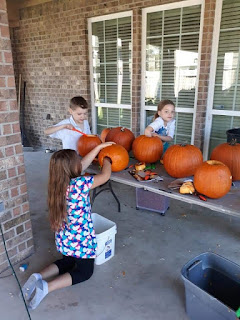 Well, that catches you up with what I've been doing.  I'll be catching up with all of you in the next few days.
More later .....