Influenced by Warren Buffet and the Giving Pledge, MacKenzie Scott, ex-wife of Amazon's Jeff Bezos, has given away $4.16 Million Dollars to various organizations.

I read that most of MacKenzie Scott's money comes from the Amazon stock she received in her divorce/community property settlement.  I have to say that, although I swear each order off Amazon will be my last and that I will not contribute further to Jeff Bezos, the thought that at least a few of my pennies spent there have now gone to deserving causes makes me happy.

Have you read about any donations in your area?  Here is an NPR article that tells a little more.

I am hoping that the children of Sam Walton and the owners of the Walmart stock will step up to the plate next.  Alice, Jim, and Rob Walton are the 10th, 11th, and 12th richest on the Forbes List just above MacKenzie at 13.

I feel like sending all 400 on the Forbes 400 List a challenge reminding them that without all of us little people they would not have their fortunes.  Some like Bill Gates and Warren Buffet has made nice donations but we all, including my social security based income, should do a better job of helping those in need.

Anybody want to contribute to Barbara's Go Fund Me account?   Hahahaha.  Just kidding.

Here is my Christmas gift to myself.  Two 8x10 photo stands from Shutterfly.com using the pictures of last year's attendance at the Christmas Carol play at the Alley. 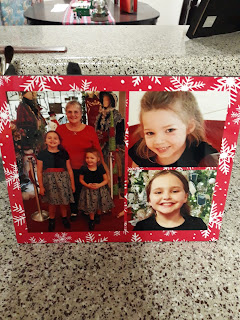 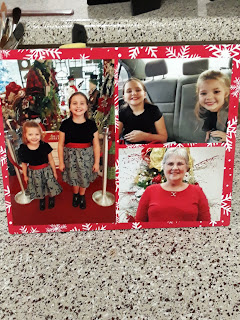 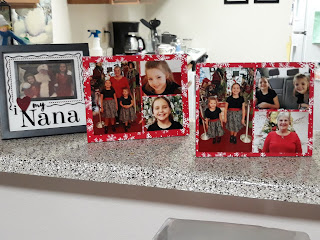 Well Hi There,  I've been both extremely lazy and extremely productive since I last posted.  Hard to figure that one out except to say I've been decluttering and binge-watching TV.  And, if you have noticed a lack of comments from me on your blog, it is because  I had to remove myself from all the negativity surrounding us and just stop exposing myself to news from/about the outside world. Hence, I put that time to good use with decluttering and watching prime channels with no news.

So back to decluttering. It started with the extra bedroom closet again.  Do you have an area that always gets junked up?  In the big picture of my life, this closet is of little importance except in it's ability to drive me crazy.

We have a bench in the mailbox area and I discovered that putting things there with a note that they needed a new home can save me a trip to Goodwill and make some senior happy with a new trinket - so that is where many decluttered items have gone.  I even put Christmas decorations and Christmas coffee cups out there.  But I'll talk more about that another time.

I'm sleeping days again so I have plenty of time to declutter while being locked in the house.  I have also been binge-watching TV.  I'm rewatching The West Wing.  I really enjoyed it when it was originally released but after the last four years, it has new meaning for me.   I have to say it has given me new hope for the next four years.  Just please let us win in Georgia so every little proposal in the Senate won't lead to major conflicts.