This sweep comes from Omaze.com .  This site offers fantastic sweepstakes as a draw for contributing to various good causes.  It also allows you to enter the sweep without contribution. From the research I've done this is a legitimate sight although their "administration" fee to the charity might be heafty.  I don't know. But I do know from my sweepstakes newsletter that there have been wins through both the donation and free entries.  This is part of the email I received today: 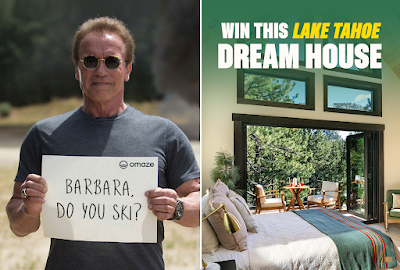 I don't know how they got my name on this email with Arnold, but you're darn right I entered.  Just like they wanted me to do.  On the entry page there is a choice of how much you want to donate and how many entries you will get for that sum.  However, if you're very poor like I am, on the next screen where you fill out your name, etc., you can elect to donate $2.  That is the most I can usually donate.

The total number of entries you are allowed is 6,000.  So, between free and/or donation entries, 6,000 entry points is all anyone can have.

I saw this contest today and thought it was a good example of a nice sweeps that I wouldn't enter.

The main reason I wouldn't enter this contest is that, even though I would love to have a fancy-smancy closet, since I live in an apartment it would not be something I could take with me.  Certainly, I could walk away and leave the closet fixings, like I do when I install curtain rods over windows, I would still have to pay taxes on the $10,000 worth of accessories and workmanship.  You have to be careful about which contests you enter because of taxes.

The Maurices Ultimate Closet Refresh Contest prize consists of and is limited to (i) a professional closet reorganization from The Home Edit in an amount up to $10,000 (date, time, manner of completion, design, materials and personnel utilized, and other items, are all as determined by Sponsor or its designees (including The Home Edit) in their sole discretion); closet reorganization in anticipated to occur during March, 2022, and (ii) a shopping spree trip to Nashville, Tennessee, which consists of and is limited to (A) round-trip coach airfare for winner between the major metropolitan airport nearest to prize winner’s primary residence. The approximate retail value (“ARV”) of the prize is fifteen thousand dollars ($15,000).

Dumb things I do

My grandson informed me that I talk out loud while I am typing.  Since he said that I have caught myself a few times.  When did this start?  Why did it start?

On the other hand, I was very interested to read what Jean had to say about reading aloud. I'm going to start doing this.  I talk so little I'm sure I sound faint and weak.  Or, I could just start annoying the hell out of people standing in line near me.  Hahaha.  Nope, won't do that.  They may breathe cooties on me.

Maybe, reading out loud while blogging will add to my 20 minutes needed. 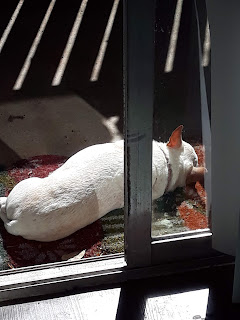 Buddy totally approves of the weather lately.  Several afternoon siestas have been scheduled in the warm sun.

I had a terrible week last week with medical issues.  I had to get another c-peptide blood test.  Essentially, it proves that you have Type 1 diabetes as opposed to Type 2.  Medicare requires this for the insulin pump.  Like someone would lie and want to have an insulin pump when they didn't need it.  Ha.

Turns out I had to retake the test because my blood sugar was too high when I took it last time.  Hello?  So, I retook the test while fasting, again.  They had to stick me three times to get the blood.  I have rotten veins and especially after I have been denied my morning coffee.  My arms are useless so they have to take it from the top of my hand.

I got my results back and I was three points over what the high mark again.  She hasn't called me to tell me if I have to retake the test again.  I am seriously thinking about giving up on the pump.

The doctor changed my insulin dosage from a certain amount with each meal to counting carbs and basing my insulin intake on that. Brother, give a girl a break.

I just discarded the last three unfinished posts which is why you haven't heard from me in a while.  That and the cold ...

I know Margaret's laughing at me, as well as the rest of you Yankees, but it has been downright chilly.  We've had a few days of <40, and the Buddy walks have had me looking like the Pillsbury Dough Boy while all bundled up.

So, I've been contesting and watching TV.  Has anybody else been watching 1883 with Tim McGraw, Faith Hill and Sam Elliott.  It is a Western on Paramount+. In case you don't know how they are, Faith Hill and Tim McGraw are a real-life married couple who are  country/western singers.

We get Paramount+ on Amazon Prime as a paid add-on.  Growing up in the 1950s, television was all about the western (and Disney on Sunday night).  I still like a good western which I watch from time to time on Pluto's western channel.

Does anyone else watch 1883?  McGraw and Hill are fairly good actors considering they are singers.  Tim McGraw is coming to the Houston Rodeo this year.  I'd like to go and see him (even though I am not up on country western, or any other singers), but I guess that would be dumb to be in a crowd like that.

I keep a selection of shows from different channels that I can watch/listen to while on the computer.  CSI (Vegas, the original) is another one I can watch and contest at the same time. I also like the new CSI:Vegas which they brought back with a few of the original actors. I don't know if it will continue.  I've seen something about the originals not wanting to continue with the project. 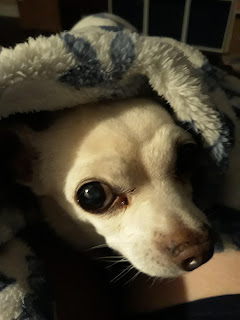 Truthfully though, I haven't been contesting as much lately.  I'm pouting because I didn't win anything during the Christmas/New Year sweeps.  When you enter as often and as many as I do it is very disheartening not to win something.  On the other hand, I have really been trying for the big-ticket items - cars and money.
There are cycles to contests.  Some are aimed at holidays while others could run for as long as a year.   I've got to really want them to keep entering that long.  Others will be one entry no matter how long the contest lasts.  I prefer those.  One and done.
The site I use (sweepsadvantage.com) has a free site or a monthly fee site (sweepsadvantageplus) and I used the fee paid because it has the ability to store a link to the ones you want to enter more than once.
I've gotten pretty fast at entering but it is reading the description that takes the most time.  There are some contests I am not interested.  For instance, travel contests are out unless they have a use by date a long time in the future.  There are also sports contests for team paraphernalia or sometimes nice packages to go see games.  Again, no travel for me unless it had to do with the Houston Rockets and then I think I'd still pass for now.
There have also been a few having to do with guns and/or hunting.  I am not interested in those although I do occasionally enter a fishing contest if it has fishing rods, as both of my kids like to fish.
There are also contests that are only good if you live in that State or are limited to residents of multiple named States.
I find there are more new sweeps that want you to sign up on Facebook.  I never enter those and only occasionally enter Instagram or Twitter sweeps.  I have, however, won a really nice necklace off Instagram.
I guess that is all for a while.  My life is just so boring there is nothing much to write about.  Hahaha.  Better boring than full of woe.
More later ...
- February 06, 2022 12 comments: