Buddy says there is nothing like a good nap after Thanksgiving Dinner. 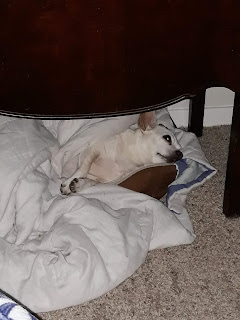 Hey folks.  Just checking in.  A cold front is on its way and the wind is blowing beautiful leaves all over the place.  It looks like an animated scene you'd see on the internet as the leaves toss and turn in the wind.  It was lovely.  I'm still in shorts.  Been so for a couple of days.  But the long pants are out of storage until next Spring as the cold temps will come and go until then.

Big plans for Thanksgiving at Son's house.  My Sister and her crew who usually host most holidays will be coming as well as DIL's mother who I have not met.  Grandson, who I have not seen since he got his own apartment will be there!  So excited to see him.  Grand Girls will be home for Thanksgiving but gone for Christmas.  DIL's sons are the opposite and I think DIL is planning an after Christmas Christmas for when the girls get home.

I had a doctor's appointment yesterday with the young female doctor I like so I could get my happy pills refilled.  I have issues with anxiety, startle response and claustrophobia.  Ever been stuck in traffic and had claustrophobia?  You want to jump out of the car and run down the road like Godzilla is coming after you.  She said my blood pressure was high again and upped my medicine again.  My sugar was pretty decent for me the last couple of days but my energy was really dragging.  I didn't even think to check my blood pressure.  What do you do if your blood pressure is high?  It is not like sugar levels where you can take a shot to bring it down.  Brother, life sure is complicated sometimes.

Has anyone watched Mandalorian on the new Disney plus channel?  I won't spoil it for anyone but I thought it was excellent if you are a Star Wars fan.

I read this when the last cold front came through recently.  I thought the early winter was all in my mind but I guess not.


With clouds and rain Thursday, we managed to only hit 48° for a high temperature. That was the third consecutive day of Houston not getting above 50°. When is the last time that occurred in November? That would be November 27 to 30, 1952. 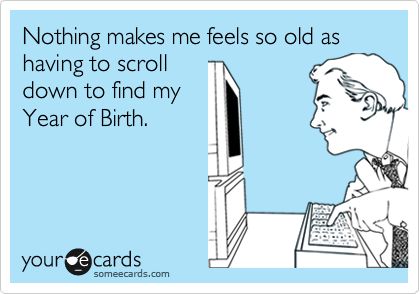 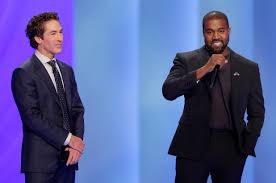 At any rate, I pulled up Youtube yesterday to see what the bruha was about.  Well, I nearly died when Kayne told Joel and the audience not to say anything because he was all about a stream of consciousness and comments - like Amen - caused him to lose his stream.  Who tells Joel to be quiet at his own service?

I also thought it was interesting that Joel stood right next to Kayne on the stage.  I wondered if it was to grab the mike from him if he went off on some tangent!  Truthfully I only listened for about 3 minutes.  Ok, maybe seconds.  Kayne sounded so much like Muhammed Ali saying I am the greatest.  Maybe it's an act or maybe he believes it, I don't know.  I'm afraid I don't keep up with the young people's music anymore.

I think maybe he has an attention disorder in which he gets easily distracted.  I had a friend once that couldn't have the tv on while trying to talk.  Maybe that but then again, I've never been on a stage in front of gazillions of people so who am I to judge?

I guess my take would be that I'd rather see him dedicate himself to religion than of the other paths music stars might follow.  I've also read that he dictated that his young daughter would no longer wear makeup.  Hum.  Then how is going to handle naked pictures of his wife being shared with the world?  Now that, I think, will cause a big bruhaha.  We'll see.

Hahaha.  Just my own version of stream of consciousness.

What is your best time of day? 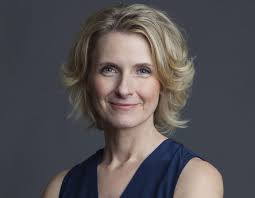 Author Elizabeth Gilbert on time management:
“If you’ve reached a certain age then you know what works for you. You should know by this point in your life what time of day you’re 'good' — like what time of day is your brain at its best. Because the reality is we all get, maybe, two good hours a day where we actually feel awake and alert.
"And the big, important question is: Who currently gets that time from you. The best time from your brain every day—who or what currently gets that? And would you be willing to take it back so that it’s yours and then give the world the 'second-rate' version of you (which is the other 22 hours of the day)…"

This was a clip from JamesClear.com.  I couldn't find the link back to where he got it but you can find Elizabeth Gilbert (author of Eat, Pray, Love) at https://armchairexpertpod.com/.

As I've mentioned before, I am an avid audiobook listener.  I have Overdrive on my old phone.  I can access my library through Overdrive and listen to and place on hold any book that interests me for free.  I could also ebook it but I haven't gotten to that yet.

So back to the article.  I remember when I worked.  The starting time was usually 8 to 8:30.  Like the song, I would stumble to my desk and grab that cup of coffee before my brain kicked in (Working 9 to 5).  While I was drinking coffee, I would read my emails from the boss - as emails from him were either information to know or tasks to perform.  With that information in hand, I would review the work for the day and separate it into groupings and by 10:00 I was at peak performance.   I can still remember that feeling of being ready and really hitting it.  Such good memories.

My daughter sent me a picture of her cubicle from her new law office and it made me so nostalgic - but not nostalgic enough to go back to work.  Hahaha.

And just a little humor to close. 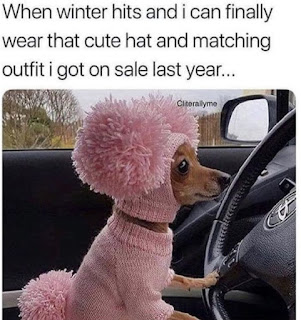 Anytime it is sweater weather here it might as well be -20.  Hahaha.  Little Buddy and I are hunkered down. 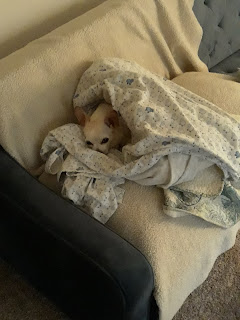 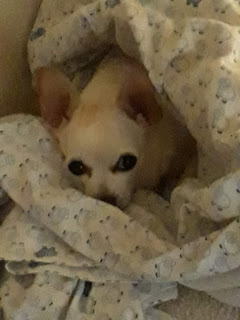 I covered my plants on the balcony but the wind blew the cover off and it's looking pretty sad.  Here is before. 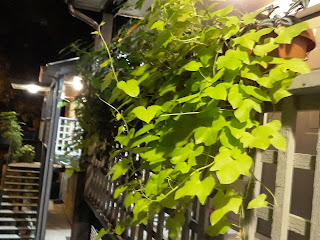 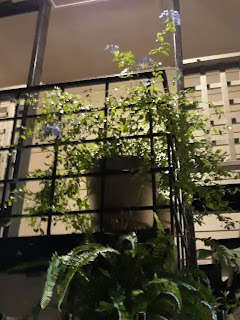 Memories.  Light the corners of my mind.  (The Way We Were) And, I'm afraid that's all that will be left.